Our Year in Nonfiction

It’s Nonfiction November and this month I’m reflecting on the great books which got me through the year. With the holidays approaching, some of these might do as gift ideas for people who love nonfiction.

From memoirs to nature writing, biographies, anthologies and philosophy books, this year has been a journey of the mind. The books listed below aren’t the only nonfiction books I’ve read, but they’re the ones I’ve kept dear to my heart. If you’re looking for nonfiction you can read in a day or nonfiction releases or nonfiction reviews then check out Out of Five Cats on our site. Now, onward! 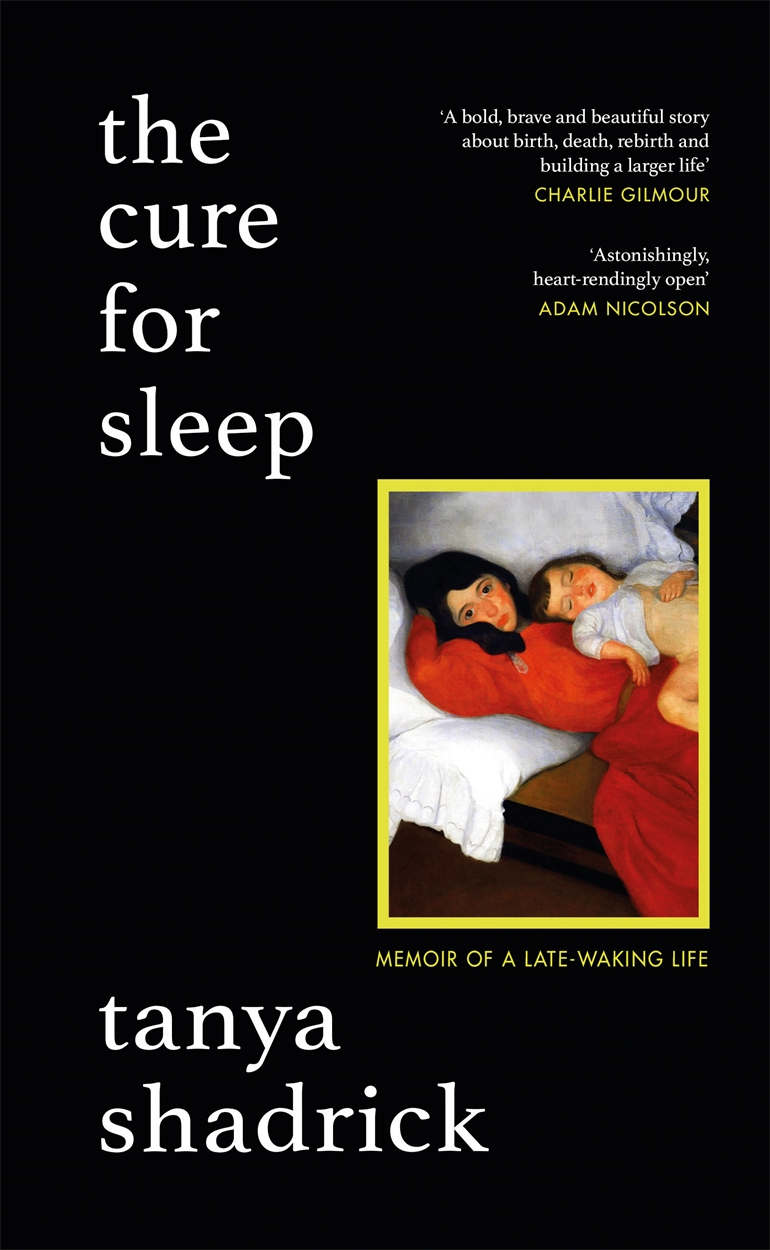 The Cure for Sleep by Tanya Shadrick

Following a near-death experience, Tanya Shadrick vows to live like the character from a fairytale. She wants to live without fear of loss. By caring for young children, Shadrick moulds the shape of her days, straying from the path of mundanity and transforming her roles as wife, mother, and colleague. Her memoir follows her breaking the spells of approval and safety which kept her imprisoned for so long.

This tender and poetic memoir of womanhood and words uncovered how we can find myth and magic in the mundane by choosing to live outside of social constructs. Shadrick writes enchantingly. I found it passionate and beautiful – reading about female desire resonated so closely with my own struggles with opportunity. As with Shadrick’s writing, I read hungrily; starved for truth in a world that forces women like us to shy away. 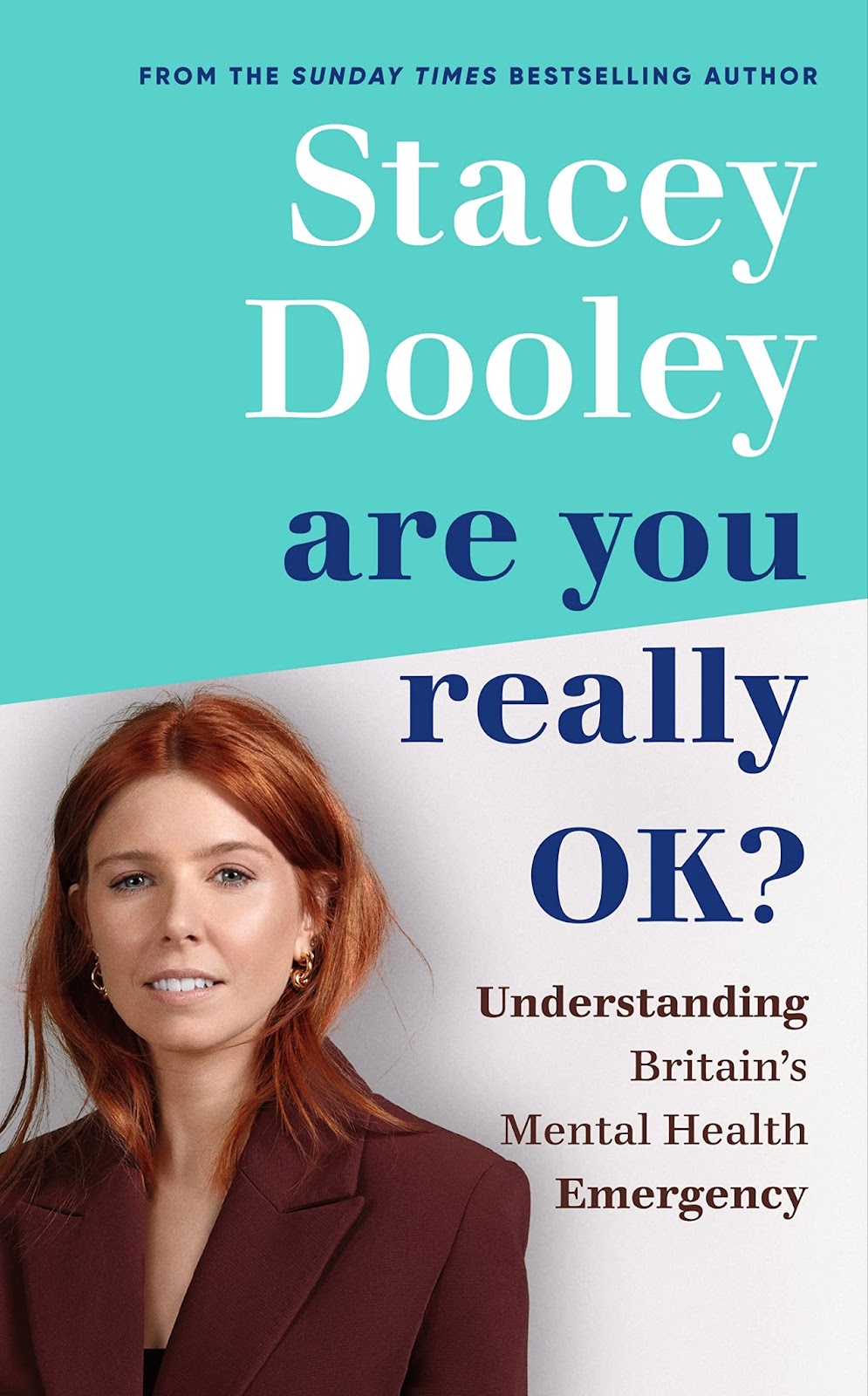 Are You Really OK? by Stacey Dooley

When Dooley learnt that, every week, 1 in 10 young people experience symptoms of mental health, and 1 in 5 have considered taking their own life, she wanted to open up a conversation. This book challenges the stigma and stereotypes of mental illness by collaborating with mental health charities and experts. I found the tone of this book mirrored Dooley’s own voice – empathetic, curious, and professional. The reading is accessible and explanatory.

As with all of Stacey Dooley’s work, this book was warm and compassionate. She discusses lesser-known mental and social issues as well as future work to be done around mental health.

I do feel, having read this, that there is a lot more work to be done for mental health regarding social issues such as poverty, racism, and hate crime. There is also a lack of support from governmental services. I do feel that Dooley’s approach is the beginning of an important change in Britain’s mental health problem and that’s why this book has stayed with me all year. 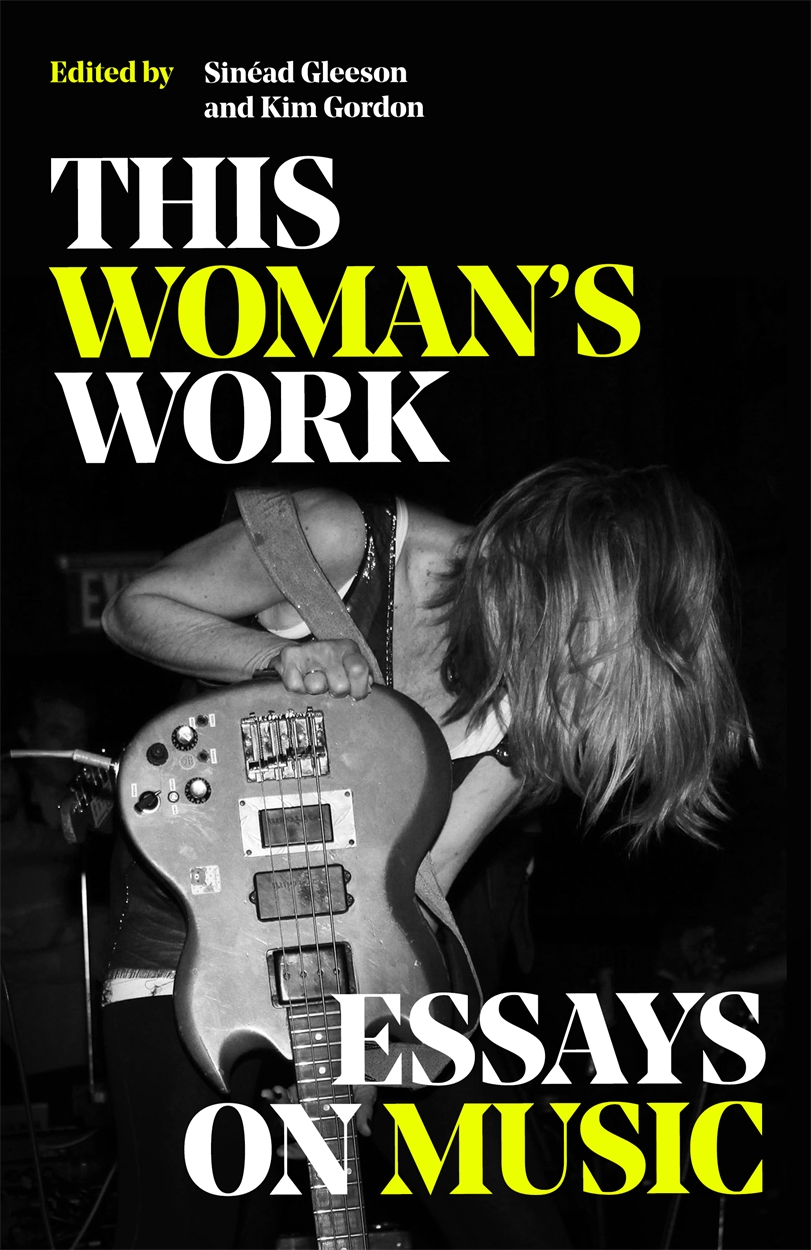 A historic narrative of music and music writing which challenges the male-dominated industry. I spotted this book being promoted for its genre-breaking response to sexism in music, literature, and film. I knew well the misogyny ingrained in many aspects of the publishing industry, but not so much music and film until I read this book.

There are 17 essays by female writers, with some of the most indicative moments coming from Anne Enright’s section on Fan Girls as “beautiful disasters.” Like Enright, I was a ‘fan girl’ as a teen, a pejorative term coined to categorise music-loving girls driven by idolatry. Enright points out that girlhood and the music industry should work together to teach emotional experiences rather than be spaces of misogyny.

Although not outright defiant against the music industry, the collection tells the stories of figures such as Lucinda Williams, Wanda Jackson, Sis Cunningham, Lhasa, and Ella Fitzgerald – centring the book on women creators.

While the book was prose-heavy, the writing opened my imagination through memories and experiences from the narrators. It’s creative and expansive. Even the title – taken from a Kate Bush song – I understood for some, this book is a collection of knowledge, but for others, it’s a call to change the music industry.

I spotted this book for its stunning cover, then I read the first page. In 1879 the bones of a 10th-century Norse warrior were unearthed in Birka, Stockholm. Scientists assumed this was a male warrior for the swords, war horses, spears, axes and arrows surrounding them. Then, another scientist spotted the wide hips and slender arms. This Birka warrior was female. As soon as I read this, I was hooked.

I have an affinity for the Middle Ages and Medieval history and this book gives women of this era a voice and agency. There are female warriors, kings, and merchants whose experiences have been erased by history. I cannot wait to read more books like this. 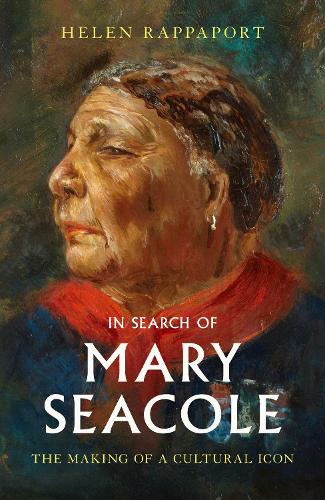 In Search of Mary Seacole by Helen Rappaport

The secrecy around Mary Seacole has always fascinated me. I spotted this book and Helen Rappaport’s name, having read her book Ekaterinburg: The Last Days of the Romanovs. Just like her previous work, Rappaport leaves no stone unturned. This book is a comprehensive examination of Mary’s life. There is material on British and Caribbean society during the Crimean era which opened a window into the unique and remarkable life of the nurse.

I could feel Rappaport’s admiration for Mary Seacole throughout the book. The tone is professional but personable. It’s not easy reading due to the scholarship at certain points, but I read this in small bursts and thoroughly enjoyed it.

Rappaport leaves the book in Seacole’s legacy: Who was her Scottish father? Was Sally her daughter? Then, Rappaport asks readers to get in touch if they have any evidence that might shed light on Mary’s secrets. I found this heart-warming to read as I felt like I was part of a journey which hasn’t ended. 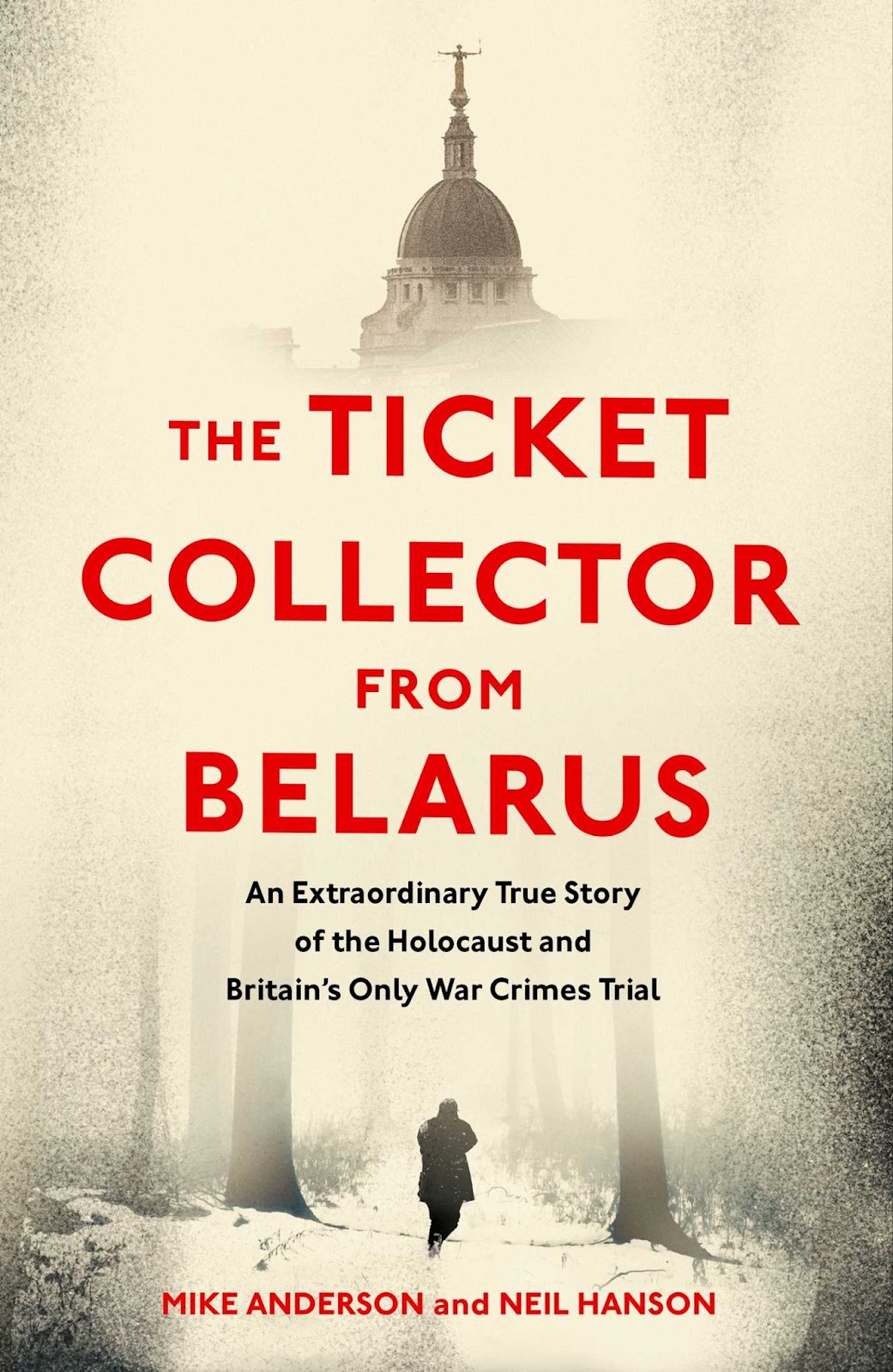 The Ticket Collector from Belarus by Mike Anderson & Neil Hanson

Britain’s only war crime. That is all I read to convince me to read this book. This is the story of Ben-Zion Blustein and Andrei Sawoniuk in 1930s Domachevo in modern-day Belarus. Following the Nazi invasion of 1941, these friends became enemies even after the war with Ben-Zion heading to Israel and Andrei ‘Andrusha the Bastard’ finding work as a British Railway ticket collector in London. The two meet again in the 1990s at The Old Bailey on trial for murder.

I was gripped by this story. I read it in two days. Of course, it was horrific and harrowing, but it was fascinating. This book teaches you about the UK’s criminal justice system, but it also teaches you about how power in all places is misused. As depressing as it is, I learned so much about humanity that I feel changed for reading it. 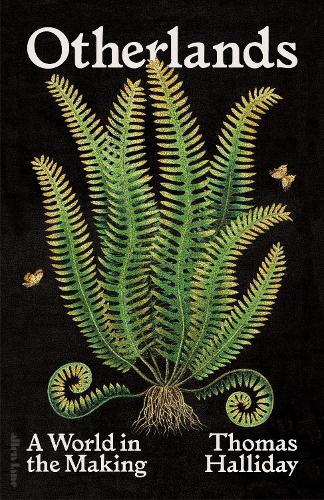 If you love nature writing, then you’ll love this. It is more than describing the raw earth, it is a journey from evolution to the modern day. Halliday’s writing style captured me for its charming enthusiasm. From the frosted mountains of Antarctica 41 million years ago to the crystal clear waters off the coast of Africa 1 million years ago… I was hurtled through a panorama of time and stunning biography. It reminded me of the paradox of violence and beauty that permeates our planet. I felt like I was in a David Attenborough documentary.

This book shows us the Earth as it used to be; raw, untouched by mankind, and ancient. From mammoths in the Ice Age to rainforests the size of a country in the Ediacaran. It is emotional and unfathomable, like reading an entire expanse of time. Living in the suburbs has made me forget how beautiful the earth can be – Halliday reminded me. 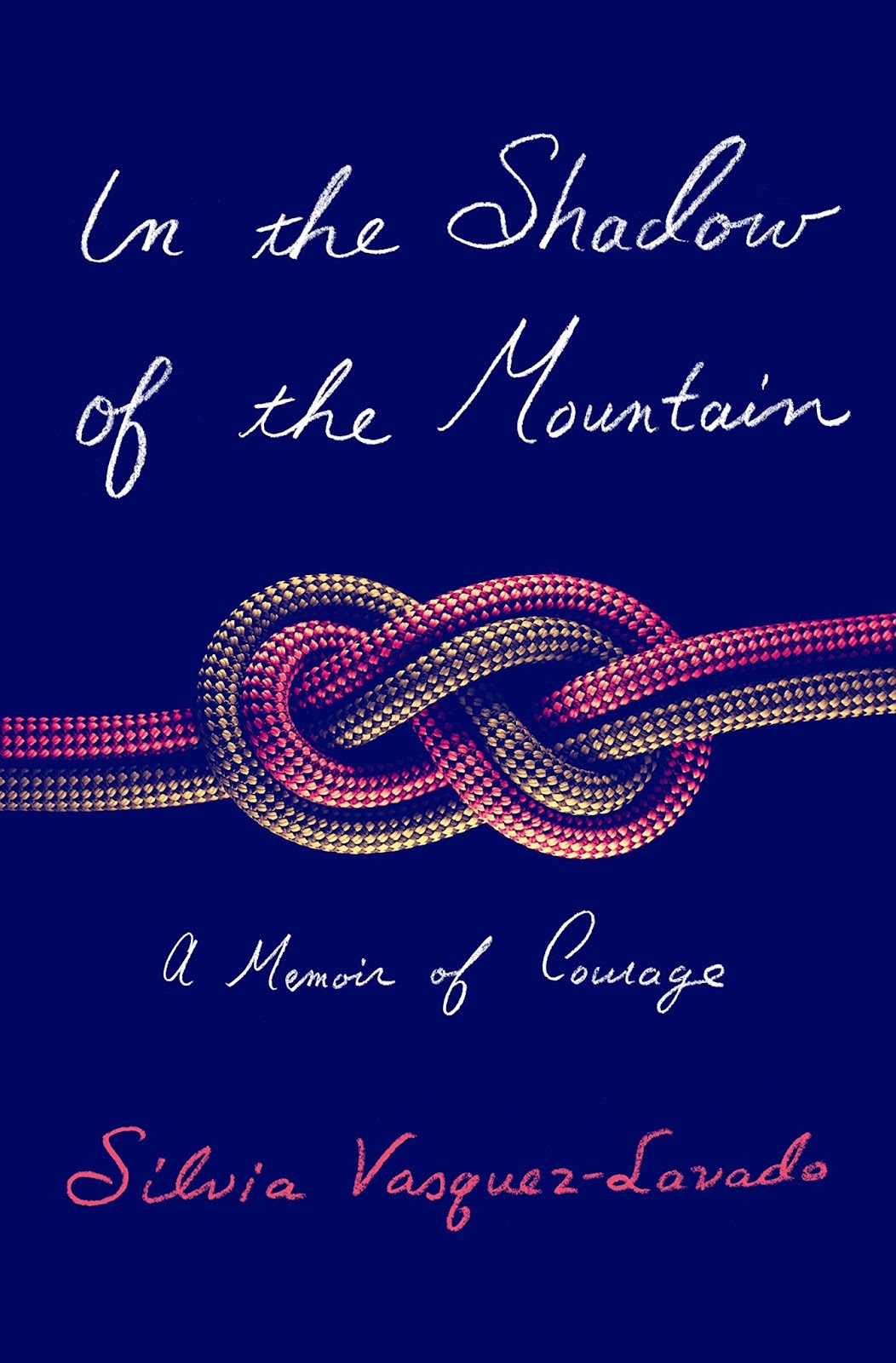 In The Shadow of the Mountain by Silvia Vasquez-Lavado

This book was extraordinary. It is the journey of young female survivors climbing Everest. Lavado notes how patriarchal societies deem summit journeys like conquests when the most superhuman journey one can make is facing trauma and compulsions that wound us. The tone was so courageous, and the narrative voice so powerful that I read this in days. One quote I have carried with me all year is: “We do not conquer Everest just like we do not conquer trauma. Instead, we must yield ourselves to the chasms and unexpected avalanches.”

This story had me on the edge of my seat due to Silvia’s heroism and strength. I would love to read it for the first time again.

Have any of these taken your fancy?

If you’re looking for even more nonfiction, check out our Editor’s Blog for more Nonfiction November posts and our Out of Five Cats reviews!

This Is Your Sign to Do a Year Abroad
Facing Our Literary History: Is “cancel culture” threatening the classics?
Reflections on 2021: A year of book launches, teamwork, and charity
Cancelling “Cancel Culture”: What the new social buzzword means for the world of publishing
What 2020 Made Me Realise about Life and Business
Eight “Lessons in Stoicism”: How to be a better human
Happy 2nd Birthday to Us: What I’ve learned from two years of being a business owner
Let’s Talk about Race: My thoughts on “Why I’m No Longer Talking to White People about Race” as a mixed-race female book editor